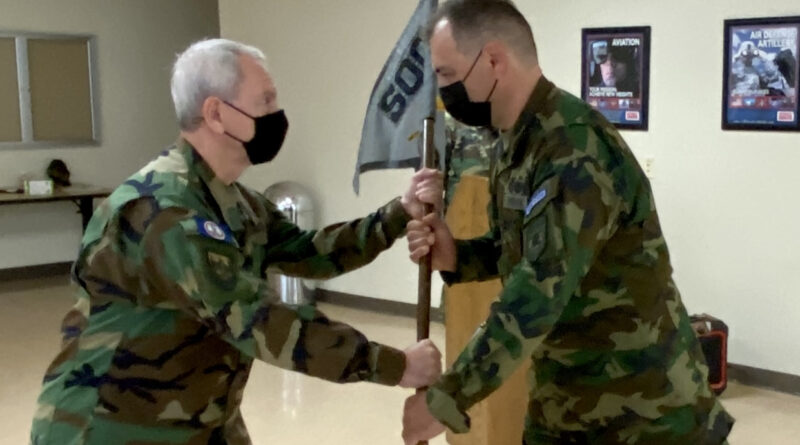 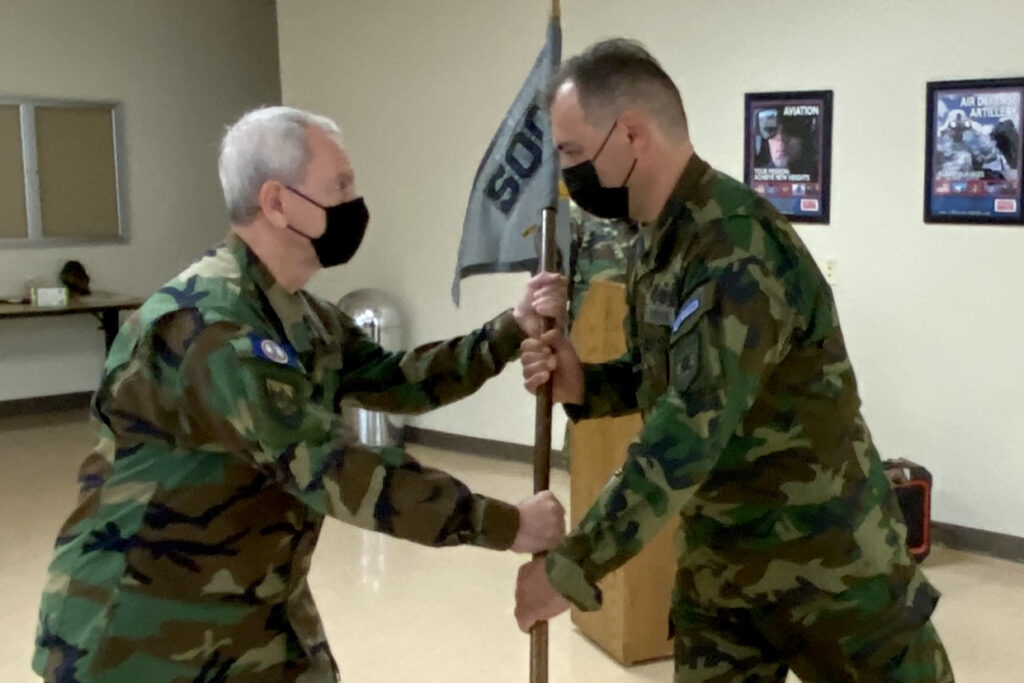 Rothrock was instrumental in expanding the VDF’s cyber capability from a single member to a detachment within the Support Operations Group, Christoff said. He was the cyber detachment’s inaugural executive officer and played a critical role in the detachment’s development and integration with Army and Air Guard partners as a force multiplier, and he ensured training to validate and certify all Cyber Detachment members to perform missions within the commonwealth.

During the ceremony, Christoff presented the VDF Achievement Medal to Rothrock recognizing his contributions to the Cyber Detachment. His new assignment will be with the Support Operations Group as the senior cyber strategist.

Coleman entered the Virginia Defense Force on in January 2020 as one of the Cyber Detachment’s inaugural class of warrant officers. He has since served as the Northern Virginia team leader and as acting officer in charge since January 2021. He has participated in all detachment state active duty activations as an analyst, team leader and OIC. He has 25 years of information technology industry executive experience and is a Basic Master Emergency Management Specialist. 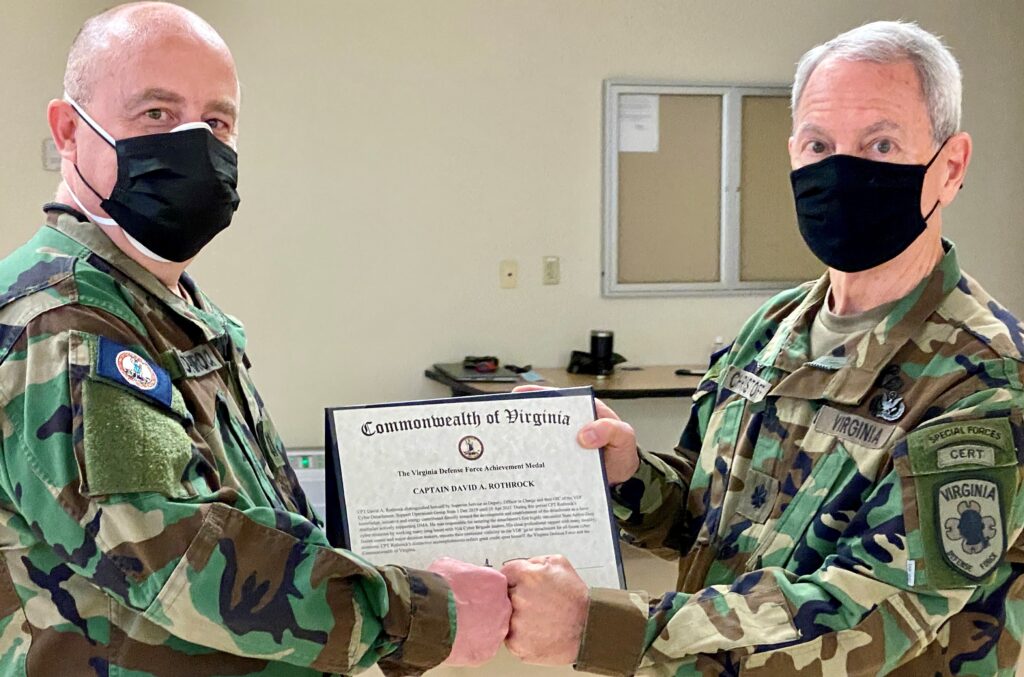