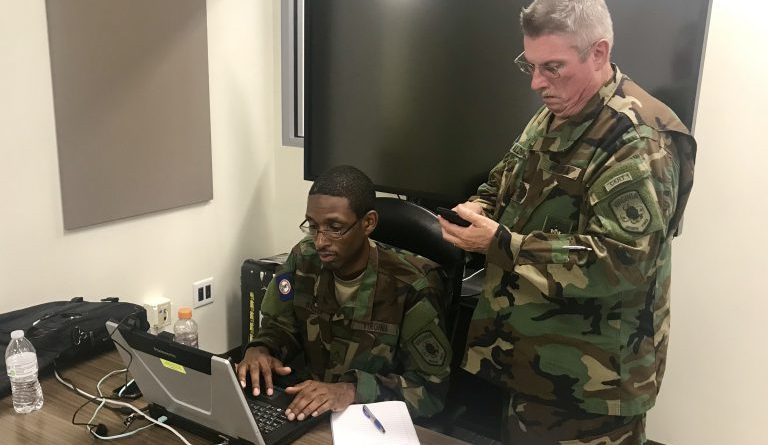 “The responsiveness of VDF personnel to the call to state active duty was impressive,” said Lt. Col. (Va.) D.J. Thornley, VDF operations officer. “We had 100% response within 24 hours, our personnel eagerly responded to their duty assignments. They showed themselves equal to the often technical requirements and long hours their assignments required, and they conducted themselves in a high professional manner. I think we clearly demonstrated our commitment to the mission of helping our fellow Virginians in a time of need.”

In the Virginia Emergency Operations Center, VDF personnel assisted with processing requests for support in Emergency Support Function 16, the VNG’s response cell in the VEOC. Incident management assistance teams helped with mission tracking in the Guard’s Joint Operations Center and other unit locations across the state, and VDF personnel operated a mobile communications platform 24 hours a day leading up to the storm. and helped with public information support as well as providing interoperable communications and incident management assistance to units in the field.

The VDF MCP is a 7 1/2 feet by 16 feet trailer equipped with multiple radio systems for voice and data communications, and it also features a map board and work space so it can function as a mobile command post. Using an MCP, members of the VDF are able to communicate across a variety of radio spectrums with emergency response and public safety organizations as well as amateur radio operators.

In the last two years, members of the VDF also volunteered in their communities assisting organizers and law enforcement at events like the Virginia War Memorial during Veterans Day and Memorial Day, the Winchester Apple Blossom Festival, the Lynchburg Air Show and the World War II Commemoration in Richmond.