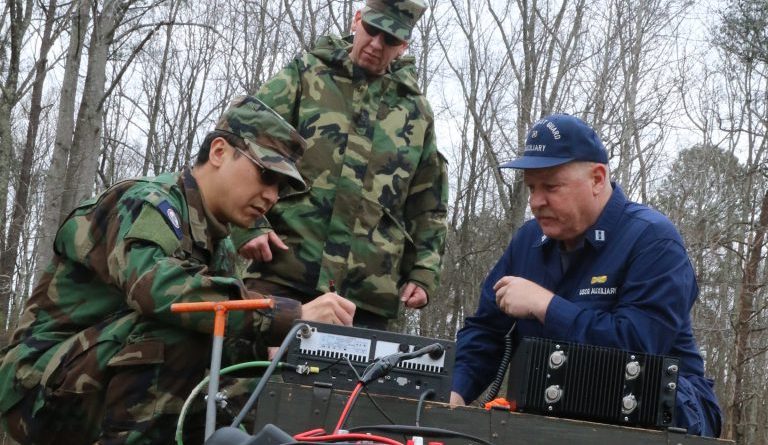 RICHMOND, Va. — The Virginia Defense Force is making plans to expand its capabilities and continue to build partnerships in order to better support their fellow Virginians. The all-volunteer reserve of the Virginia National Guard is looking to grow from its current strength of approximately 300 personnel to its full authorized strength of 750, add additional mission sets and continue discussions with organizations such as the Civil Air Patrol and U.S. Coast Guard Auxiliary for training and exercise opportunities.

“The Adjutant General of Virginia has specifically highlighted how we are now a much more capable and professional force, he commended our achievements as a command, control and communications entity, and he wants us to continue to hone and expand those skills, particularly in reaching out to external organizations like the Civil Air Patrol and Coast Guard Auxiliary,” explained Brig. Gen. (Va.) Justin Carlitti, commander of the VDF. “Based on the incidents of severe weather that impacted multiple locations across our nation in 2017, the AG tasked the VDF to grow in order to better support the Virginia National Guard’s mission of assisting emergency response organizations to protect citizens of the commonwealth in times of need.”

In the coming weeks, the VDF senior leadership will evaluate a number of possible courses of action for increasing the kind of support it provides.

The VDF is also growing cyber defense capabilities and has assisted with numerous Virginia National Guard network security assessments for Virginia localities in a state active duty status, and it is also looking to expand its ability to provide medical support, Carlitti said.

“They were impressed with what they saw, especially the high caliber of our personnel and what capabilities the VDF deploys to an emergency event,” explained Lt. Col. (Va.) Nicholas Christoff, the VDF’s operations officer, after the display and info brief to the Coast Guard Auxiliary. “We now have their full approval to plan and execute upcoming joint VDF/Coast Guard Auxiliary training exercises.”

The VDF staff is planning to conduct air-to-ground training with the Civil Air Patrol in July at Fort Pickett, and will also look to qualify personnel for ground search and rescue in the future.

Carlitti said the VDF plans to conduct four three-day training assemblies at Fort Pickett this year that will focus on professional military education, small unit leadership and headquarters staff operations as well as refresher training on communications equipment and initial entry training for new members in addition to training on the expanded mission sets. Operational readiness evaluations will also be conducted to ensure personnel and equipment are ready for possible state active duty response missions.

In the last 18 months, members of the VDF also volunteered in their communities assisting organizers and law enforcement at events like the Virginia War Memorial during Veterans Day and Memorial Day, the Winchester Apple Blossom Festival, the Lynchburg Air Show and the World War II Commemoration in Richmond.

Learn more about the VDF: