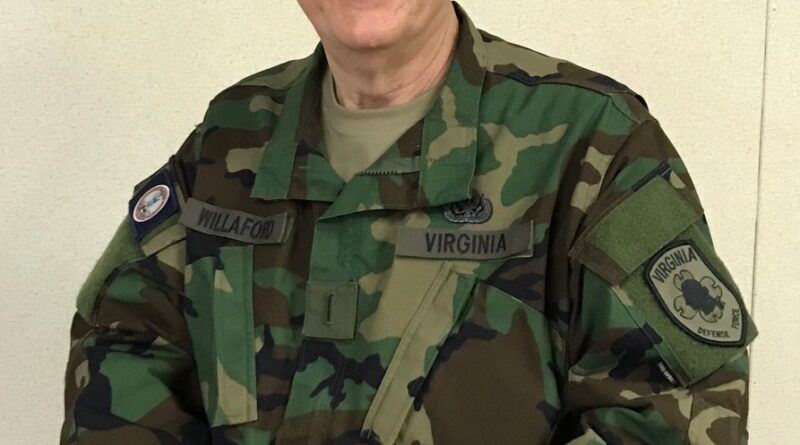 The CCWO is responsible for formulating and executing human resource policies and procedures, which direct how VDF warrant officers are appointed, developed, assigned, evaluated, trained, promoted and separated. Additionally, the CCWO maintains liaison and close coordination with VDF field commands and Force Headquarters, Joint Forces Headquarters and counterparts in other elements.  In the capacity of CCWO, Willaford is the principle coach, advisor, counselor and mentor for all warrant officers.

Willaford is currently employed as the division chief with Commander Navy Region Mid-Atlantic Fire & Emergency Services and was formerly the Spotsylvania County Fire Chief and Captain with the York-Poquoson Sheriff’s Office and the Virginia Port Police. He was employed from 2019 to 2020 by Virginia Military Institute as an officer in charge of the Corps of Cadets. Willaford is a graduate of the FBI National Academy, and holds a master’s degree from American Military University and a bachelor degree from University of Maryland, University College.

He can be reached by email at CCWO@vdf.virginia.gov.