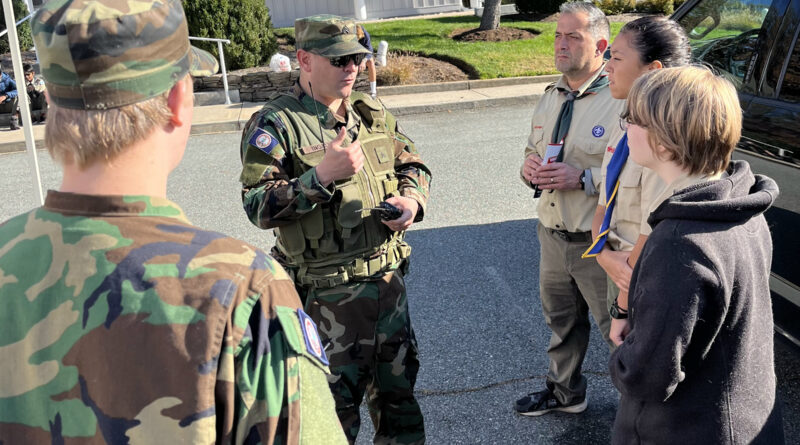 (GREAT FALLS, Va.) — Members of the Virginia Defense Force Radio Group supported Scouts taking part in the 65th Annual International Jamboree-on-the-Air and Jamboree-on-the-Internet Oct. 15, 2022, in Great Falls, Virginia. It was part of a worldwide scouting event supported by ham radio operators at locations around the world. The VDF Radio Group is an amateur radio club made up of VDF personnel and affiliated with the American Radio Relay League, Inc.

“Radio communication is one of many skills young people can learn with Scouting, in addition to the traditional outdoor skills at the heart of the Scouting movement,” said Warrant Officer One (Va.) Kevin Maxson, commander of the Virginia Defense Force’s Echo Company, 11th Signal Battalion,1st Regiment and president of the VDF Radio Group. Maxson also serves as the committee chairman and assistant scoutmaster for BSA Troop 55B and 55G in Great Falls.

Eighteen Scouts from four Troops in the Northern Virginia area participated in the event, which was hosted by Troop 55 in Great Falls, and assisted by members of the VDF. The VDF is the all-volunteer reserve of the Virginia National Guard, and interoperable communications is one of their primary mission sets. Many of the VDF personnel serving in the signal battalion have earned one of the three levels of amateur radio licenses and have significant experience in operating on amateur radio networks.

“This is a great opportunity for our Scouts to learn about radio communication while also connecting and communicating with other Scouts around the world,” said Ajay Pillai, Troop 55 Boys Assistant Scoutmaster and an Eagle Scout. “The Radio Badge wasn’t available in my day in my troop. As parents, we want to give our kids an experience that we didn’t have.”

VDF Radio Group members supervised the Scouts in setting up a high frequency radio tower capable of communicating with other Scouts across the country and around the world, including as far away as Mexico, England, Italy and Puerto Rico, as well as Texas and New York.

“One of the most interesting things about this activity is that it lets us connect with Scouts from all over the globe,” said Life Scout Tommy Maxson from Troop 55. “Events like this allow us to meet other Scouts without leaving home.”

“The furthest away I ever spoke on a radio before was to a friend down the street with a walkie-talkie,” said Life Scout Joe Henson of Troop 150 in Annandale. “Now I have spoken to someone halfway around the world.”

Scouts operated out of the VDF’s state-of-the-art Mobile Communications Platform, which also included internet connectivity so Scouts could also connect over the Internet as part of the companion program called Jamboree-on-the-Internet.

The VDF MCP is a 7 1/2 feet by 16 feet trailer equipped with multiple radio systems for voice and data communications. Using an MCP, members of the VDF are able to communicate across a variety of radio spectrums with emergency response and public safety organizations as well as amateur radio operators.

In addition to setting up a high frequency towers and speaking with other Scouts internationally, participating Scouts learned and practiced search technique to locate hidden radio transmitters, earned the Radio Merit Badge and heard presentations on the BSA Outdoor Code and Morse Code.

Maxson conducted instruction on the Radio Merit Badge, which he said is normally taught over the course of a week at camp. He explained he was able to meet the requirements in a tighter time window with the VDF MCP on site for demonstration as well as having senior experienced Scouts who could lead the transmitter hunting teams.

The Great Falls communications station was part of a campout held at St. Francis Episcopal Church.

JOTA-JOTI is the world’s largest digital Scouting event and takes place annually since 1957, online and over the air, on the third weekend in October every year. JOTA uses amateur radio to link Scouts and hams around the world and around the nation. This educational event brings together more than 2 million Scouts from around the world for an international adventure in Scouting and friendship. Participants will learn about modern communications technology and connect with Scouts from over 172 countries, using ham radios and the Internet. More information can be found at the official JOTA web site at https://www.jotajoti.info/jota

ABOUT THE VIRGINIA DEFENSE FORCE

The Virginia Defense Force is authorized by Section 44-54.4 of the Code of Virginia as the all-volunteer reserve of the Virginia National Guard, and the VDF serves as a force multiplier integrated into all VNG domestic operations. Members of the VDF volunteer their time for training and community support and are only paid when called to state active duty by an authorization from the Governor of Virginia. The VDF’s primary lines of effort are operations center augmentation, interoperable communications, agency liaison and cyber network defense as well as direct support to the VNG with logistics, medical, chaplain, legal and public information capabilities. 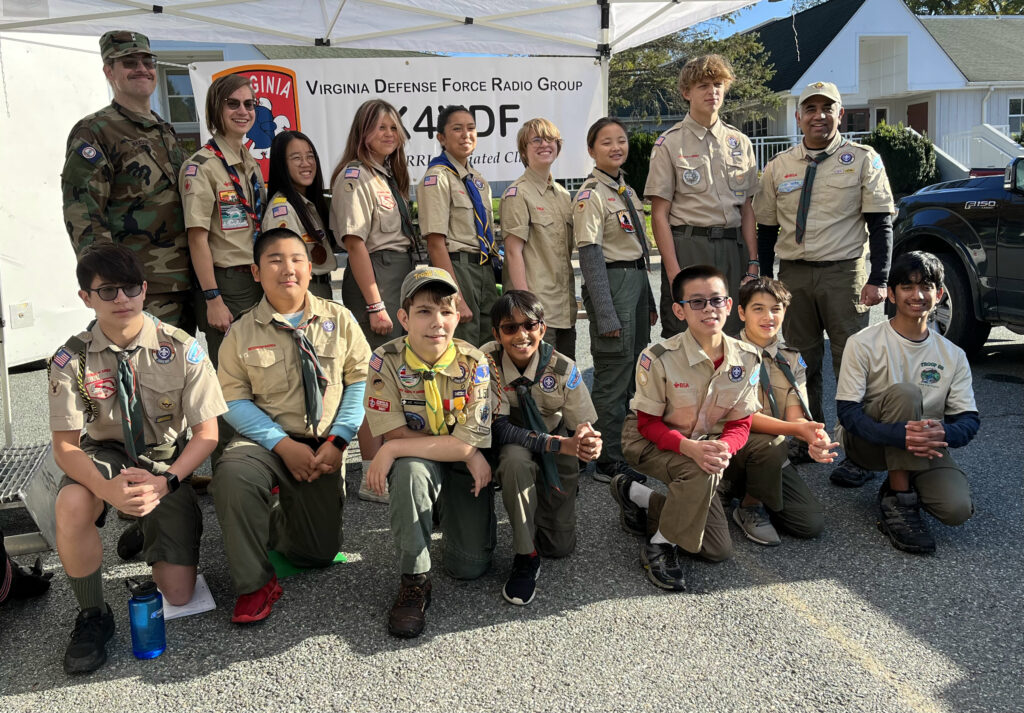