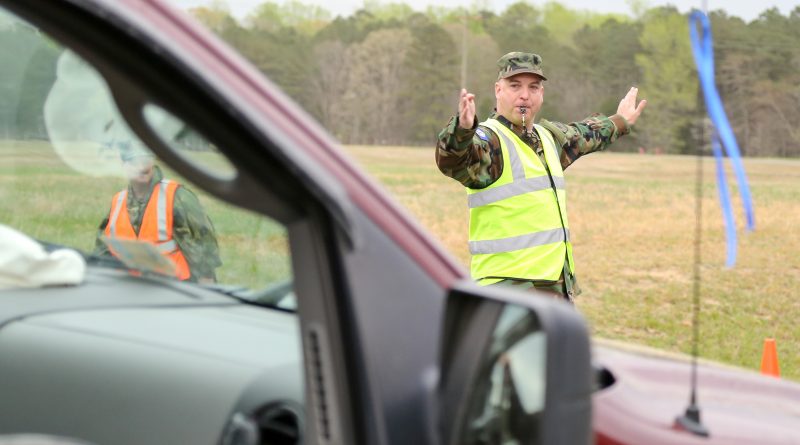 “Our training goal for the weekend was to bring individuals up to speed on specific tasks their team would perform on state active duty in support of the Virginia National Guard,” explained Col. (Va.) Stewart Bentley, operations officer for the VDF. “This was one of the best drill weekends the VDF has ever conducted, and we have made significant improvements in providing standardized, professional training.”

The VDF is headquartered in Richmond and has regiments based in Virginia Beach, Manassas, Lynchburg and Winchester. In the regiments, VDF members are assigned to specific teams that provide a capability like high frequency radio, Statewide Agencies Radio System, or STARS, incident management assistance, traffic control and access control. VDF personnel also conducted training on the Mobile Communications Platform trailers and the trucks used to haul them as well as the Tactical Communication Packages, or TacPaks, provided by the Virginia National Guard joint communications section.

The training weekend is the first of three phases leading to a large-scale collective training exercise in the fall. The April drill weekend focused on individual training, then in September the training will focus on teams, explained Lt. Col. (Va.) Nicholas Christoff, deputy operations officer for the VDF. In November, the VDF will conduct Forward Guardian with all the units in the state operating at their home stations, and is also expected to include other nearby state defense force organizations.

“This weekend our personnel trained on the platforms they would be using on state active duty,” Christoff said. “They now have an increased awareness of their jobs so the next time they are called out on state active duty to support the Guard, they are on the money and know better what’s going on.”

“What the VDF does matters,” Mercer said. “It is a relevant, squared away group that does some pretty impressive things. The Virginia National Guard can’t respond to our homeland defense mission without their support, and they provide capabilities that fill critical gaps for the Guard.”

“The efforts of the VDF to raise the bar on readiness and capabilities are not lost on organizations outside of the Virginia National Guard,” Williams said. “They are a critical component of what we do to support the commonwealth, and what they can do has been noticed far and wide throughout the state.”

Communications support, operations center augmentation and security assistance are some of the many different missions sets the VDF provides, and those mission sets take advantage of the wide variety of public safety, military and civilian skills that VDF members provide.

Members of the VDF conducted a 24-hour communications exercise March 4-5, 2016, in multiple locations across Virginia. Operating in their MCP trailers in Richmond, Winchester, Lynchburg and Pulaski, they used high frequency radios as well as other systems for voice and data communications to communicate with civilian amateur radio operators. The 24-hour exercise was designed to test the VDF’s ability to conduct continuous operations in the event of incident that degrades normal communications capabilities.