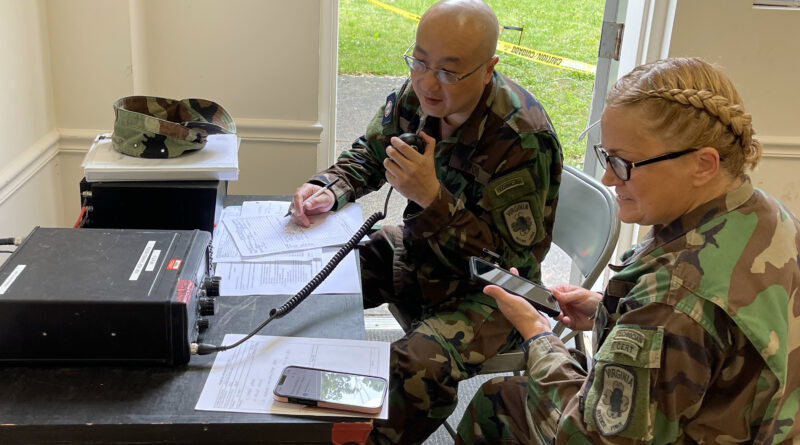 More than 200 VNG and VDF personnel were on duty Jan. 15, 2022, in Richmond, Virginia, supporting the inauguration of Glenn Youngkin as the 74th Governor of Virginia.  VDF personnel volunteered their time to provide command and control for the inaugural parade and assisted with staging and marshaling the parade marching elements.

When winter storms hit Virginia in January 2022, the VDF fielded new logistics support capabilities helping make sure VNG units would have all the equipment needed to be successful in their assigned missions. In preparation for winter storm response beginning the VNG J4 Joint Logistics Directorate requested distribution capabilities from the VDF to support VNG units staging at their home armories. During emergency response operations, units are routinely augmented with the appropriate additional supplies and equipment based on their expected mission type. The VDF distribution assets allowed the VaARNG units to focus on mission preparation with on hand equipment. With the assistance of the VDF, all needed equipment was on location with the units prior to the onset of the storm.

Members of the VDF’s 1st Regiment conducted the “Spring Winds 22” training exercise May 14, 2022, at multiple locations across Virginia to test their incident management assistance, access control and interoperable communication support capabilities. The exercise simulated a severe hurricane and how the VDF would support the VNG’s role as a member of the state multi-agency response team.

Members of the VDF assigned to the Warrenton-based Echo Company, 11th Signal Battalion, 1st Regiment took part in the American Radio Relay League Field Day June 25, 2022, in Leesburg, Virginia. Operating as the Virginia Defense Force Radio Group, an ARRL-affiliated club, and hosted by Loudoun Amateur Radio Group, taking part in Field Day provided an opportunity for the VDF to continue to build on their existing radio skills and expand their relationships with amateur radio organizations.

The VNG staged Soldiers and Airmen with tactical trucks and chain saws at multiple locations across the state for possible severe weather response in early October 2022, and personnel from the Joint Force Headquarters Virginia J4 / G4 Logistics Directorate and VDF coordinated to distribute mission essential equipment such as hundreds of meals, dozens of life vests and radios to five staging locations. The VDF logged more than 1,100 safe miles while distributing these critical supplies, and they were essential in ensuring the Virginia National Guard was postured to respond when called.

Members of the VDF Radio Group supported Scouts taking part in the 65th Annual International Jamboree-on-the-Air and Jamboree-on-the-Internet Oct. 15, 2022, in Great Falls, Virginia. It was part of a worldwide scouting event supported by ham radio operators at locations around the world. The VDF Radio Group is an amateur radio club made up of VDF personnel and affiliated with the American Radio Relay League, Inc.

The VDF commissioned three lieutenants and a warrant officer in September 2022 and six lieutenants in December 2022 after completing the VDF Officer Candidate School program.

The VDF continues to focus on the primary lines of effort of operations center augmentation, interoperable communications, agency liaison and cyber network defense as well as direct support to the VNG with logistics, medical, chaplain, legal and public information capabilities.